Muriel Spark is a Scottish writer best known for her ‘Prime of Miss Jean Brodie’, a fabulously ironic take on Edinburgh, 1950s education, art, class and politics. The lead role in the film version is lavished on us by Maggie Smith, only one excellent reason for watching it all over again. 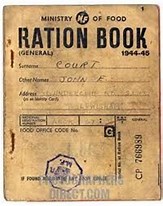 I’ve just finished Spark’s 1963 novel ‘The Girls of Slender Means’, only 117 pages long in the Polygon edition, and loved every comma of it. The story is set in a sort of young ladies’ boarding house, in the summer of 1945 – just at the end of the war and with London bombed to bits, and shortages of every kind set to continue for years to come. Spark sets the scene on page 2 with a view from the top storey of the boarding house down onto the street far below – little dots of people pushing little dots of prams, carrying little dots of shopping bags and this – “Everyone carried a shopping bag in case they should be lucky enough to pass a shop that had a sudden stock of something off the rations.”

All of this resonates with me considerably. My mother had strong memories of wartime rationing and frequently referred back to it when she was bringing us up in the 60s. The real lived experience of shortages and hunger had got into her bones, and she passed this on to us in case we were ever foolish enough to act as if money grew on trees, or food arrived on the plate from thin air. Food historians acknowledge the UK’s rationing arrangements as a major success, with rich as well as poor forced to get by on a restricted diet –  and many people being in better health at the end of the war than at the beginning. It seems this ‘war on the home front’ was also a factor in the UK’s ability to support the war till its end. 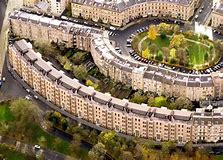 Also resonating with me from Spark’s novel is the boarding house. For my first year at university, aged 18, I stayed in a YWCA hostel in Glasgow, presided over by two lady wardens who might have been as old then as I am now, and whom we saw as utterly ancient. It was a very old-fashioned arrangement and there were lots of large and small covert subversions of the rules. In Spark’s boarding house there was an eccentrically varied collection of personalities with life pouring out through every pore of their being. It makes me think I didn’t pay enough attention to the other girls in the YWCA; but then, actually being young and living the life took up all your energy. It was a fabulous time of my life. The YWCA’s soggy potatoes and stringy stew just went down the hatch; it was fuel for the rest of life. 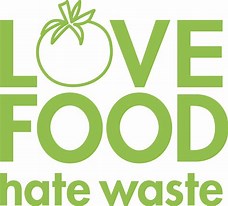 Over recent decades, across the developed world, food shortages have become a resounding reality for far too many people. All this in the world’s most developed economies. The latest UK figures on Food Bank usage were released the other week: 1.6million food bank parcels were given out in the year April ’18 to March ’19. The national campaign Love Food Hate Waste has addressed this on the domestic front, and for anyone listening, there are excellent suggestions for how to eke out today’s food ration. Yes of course it’s a disgrace that politicians across the world have allowed this to happen. For myself I will try to address this through the democratic process, but it all seems very remote. It’s much more immediately meaningful to adopt good waste-free kitchen habits.

There is a beautifully understated passage in Spark’s book about a seduction scene, in which the most beautiful of the boarding house girls wakes up in a handsome young airman’s bed. She wants to know what’s for breakfast, and he brings out his rations. Selina, we are told, ‘was accustomed to men who got food from the black market.’ That’s all that’s said; it tells us volumes about the whole ethical approach to obtaining food; her carelessness and his care. She’s just biding her time till she finds a rich husband. He is the one with the greater needs of the community at heart.

I wish I knew how to feed the world. Maybe reading and writing is as good a way as any. I applaud Muriel Spark’s thrifty way with words: no waste here.

6 thoughts on “Girls of Slender Means”