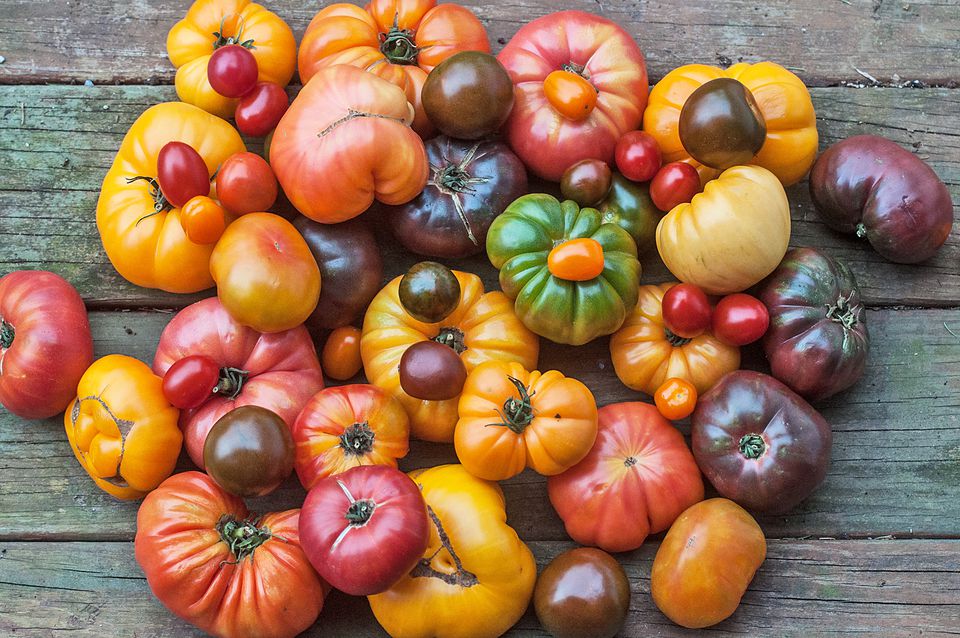 This gorgeous collection of tomatoes comes from website ‘The Spruce’, with an excellent article on how to grow tomatoes from seed. I wish I could say they were the well-deserved fruits of my labour, but that would be to pre-empt all kinds of things. After all, this will be my first year of growing tomatoes and I don’t think beginners’ luck comes into it. Instead, I’m relying on the good advice and little gifts of plantlets from my many talented gardening friends. And the Troubadour’s gift of remembering to water and feed. Actually when I write it all down, it doesn’t seem like I personally have much to offer in the tomato-growing field. But hey, I’m keen and will shower them with love and affection, and take lots of nice photos of them as they develop. And serve them with pride.

So why am I planning to grow tomatoes this year; and why am I even thinking about it right now, in the depth of a Scottish so-called winter?

Two reasons: Firstly, let’s get it over with, eeek B****t. Who knows how our food supplies will be affected? It’s all a bit chaotic out there.

Secondly – you can hardly find a home-grown tomato in the shops these days.

There’s a full and fascinating account of the fall of the Scots tomato industry here, by Gordon Davidson in the List – 10 years ago! He finishes by saying ‘if there’s ever going to be a Scottish tomato revival, I doubt I’ll be here to see it.’ How bleak; and prescient.

Various attempts have been made since then and it’s not all doom and gloom. Scotty Brand have set up in Hawick in the Borders, with some success in a range of veggies, including tomatoes. I have actually tasted their tomatoes, weirdly perhaps, through a vodka experiment at the Borders Distillery, also in Hawick. Most laudably, this recently-opened distillery is trying out local produce in combination with their fine new-make spirit. The link above tells the Scotty Brand story in which the sadly recently departed Andrew Fairlie takes a leading role. Rest in peace, Andrew; your legacy lives on.

avoid Dutch and Spanish tomatoes if I can. Not just because they might stop sending them to us after 29th March! But because, frankly, there’s not much flavour to them. I’m hoping to do better. So I’m spending a lot of time doing this (left) just now – blethering, sorry researching, scribbling things on the back of envelopes and bemusing seasoned tomato growers with the most glaikit of questions. And I’ve bought a frame thingie for the back garden to keep my tomatoes sheltered against the wash-house wall. And I’ve been out there hoeing away the weeds in our freak early spring which we know won’t last. It’s been lovely but I gather it’s not really a good thing. I was charmed to find the ladybirds already out and about among my green 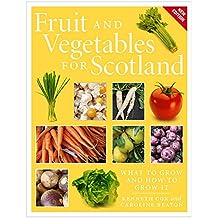 ery, but then chilled to read that this will likely be their undoing, when the normal frosts return.

Finally as usual, I have been reading: I bought a great book which addresses itself to the growing of fruit and veg in our climate – it’s brilliantly detailed without going all techy and nerdy and I’m loving it. [I’ve also bought a much simpler, more basic book called ‘How to Grow Stuff‘ – this one urges everyone with space on a window ledge to get on with it and see how easy it is. I’m reserving judgement on this – being easily distracted, I’ve started many gardening projects in my life with enthusiasm and then forgotten about them so that everything shrivels up and dies for lack of love. It’ll be different this year because the Troubadour and others will help. That’s the plan.

And nothing at all to do with tomatoes, but I was at a postcard fair in Kinross a couple of weekends ago and found this lovely card – below. I believe it is thanking British air crew who dropped food parcels on the Netherlands at the end of the second world war, when thousands were starving during the last bitter months. This I know because I used to cook for a former airman of the bomber command, and he told me about his involvement in these food drops. He was visiting Amsterdam on holiday 40 years later when a woman in the street stopped him, with tears in her eyes, to thank him. And look at the performance of the Dutch veg industry now, notwithstanding my rejection of their tasteless tomatoes! I guess we all need each other.